Amnesty yellow mingled with the Women’s March on Washington’s signature pink toques at solidarity marches from St. John's to Victoria on Saturday, January 21. Amnesty supporters were amongst the 3+ million march participants worldwide. We marched against fear, hate, and in support of love, equality and justice. We marched for women’s rights and for LGBTI rights. 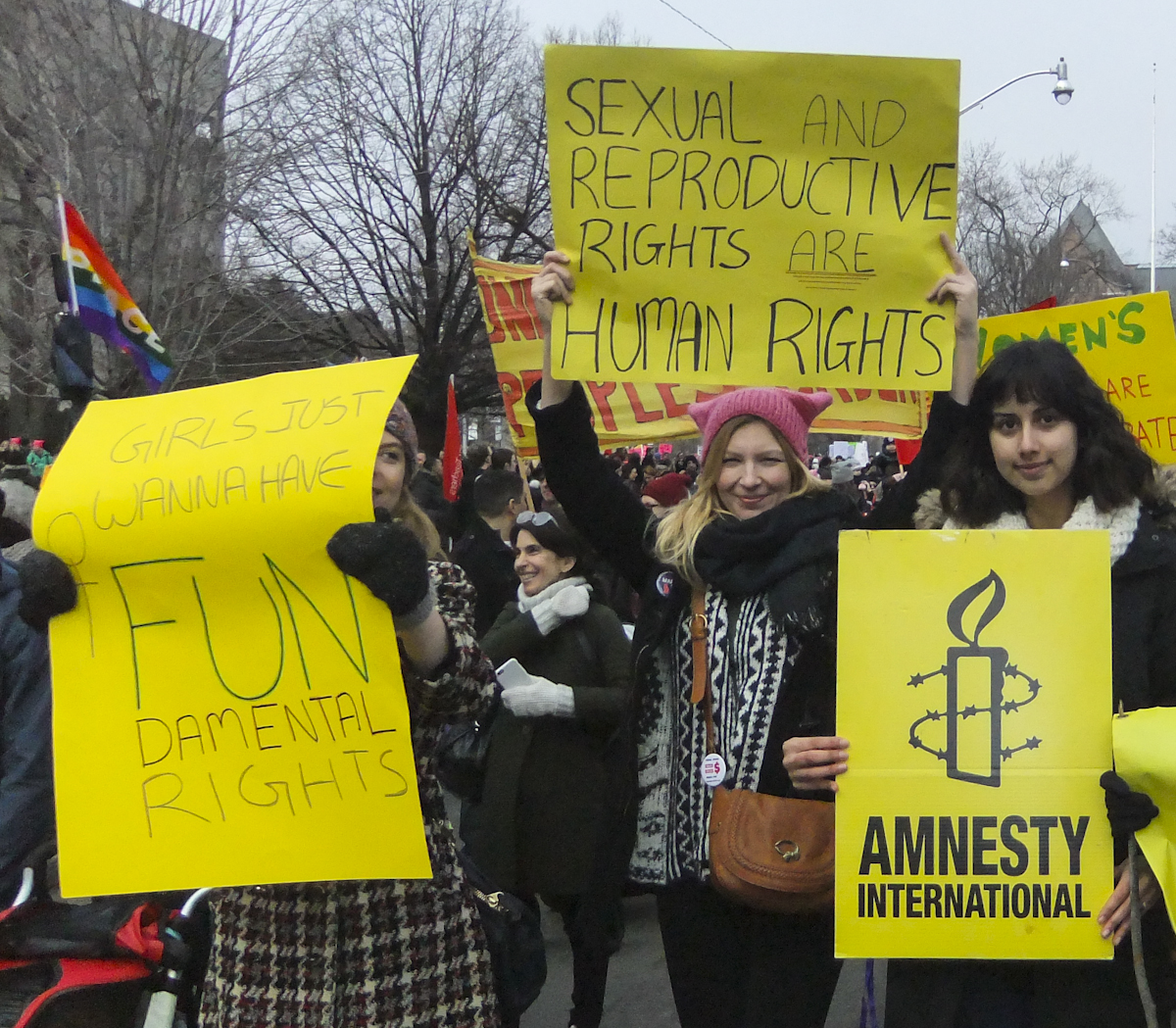 On inauguration day, many women and LGBTI people felt invisible in the president’s speech, erased from the White House’s list of policy priorities, and concerned about the potential impacts of new policies on civil liberties, the shrinking space for civil society, women’s rights, and LGBTI rights.

During the Women’s March on Washington solidarity marches, that gloom was transformed into hope. The mood was positive and uplifting. It was clear that by taking a stand and acting together, change is possible.

Amnesty’s presence was welcomed. In Ottawa, people took photos with our placards, proudly shouted things like “I’ve been a monthly donor for 20 years!” and one woman opened up her jacket to reveal an Amnesty t-shirt and expressed her pride that Amnesty was part of the marches. 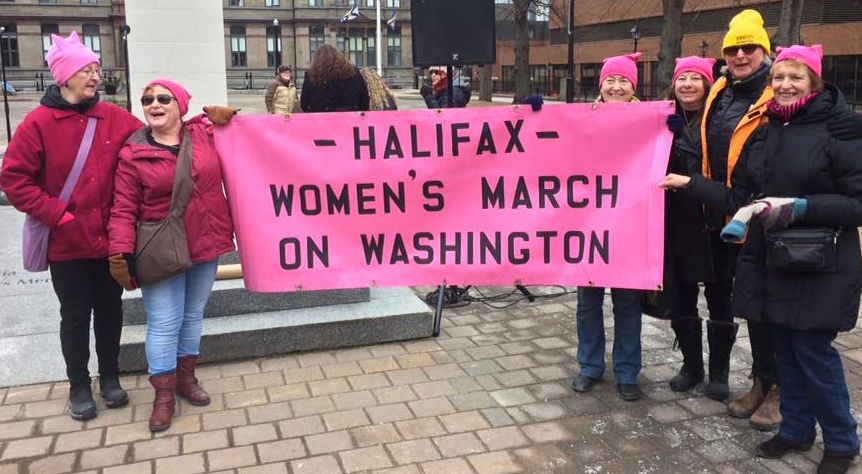 Yusur Al-Bahrani, a member of Amnesty's Action Network on Women's Human Rights in Toronto shared this story: “I was on the train on my way to the march yesterday and an adorable girl stood beside me refusing to sit (she was too happy and excited to the extent she didn't want to sit). She asked me what I was holding and I told her it was a sign. She wanted to read the sign, so I unwrapped it and showed it to her. Her mom said: "that's why mommy is in the march too." Then she told me: "I don't have a sign like you, can I make one?" We tried to make one on the train! But couldn't! I asked her to take my sign. And she did, carrying it with her proudly!  Baby girl, I pray that the day you are a young woman like me, you will not have to protest what we have been protesting! The sign that I gave the little girl was: Our Fight, Women's Rights. And I made it during our ANWHR meeting last Wednesday." 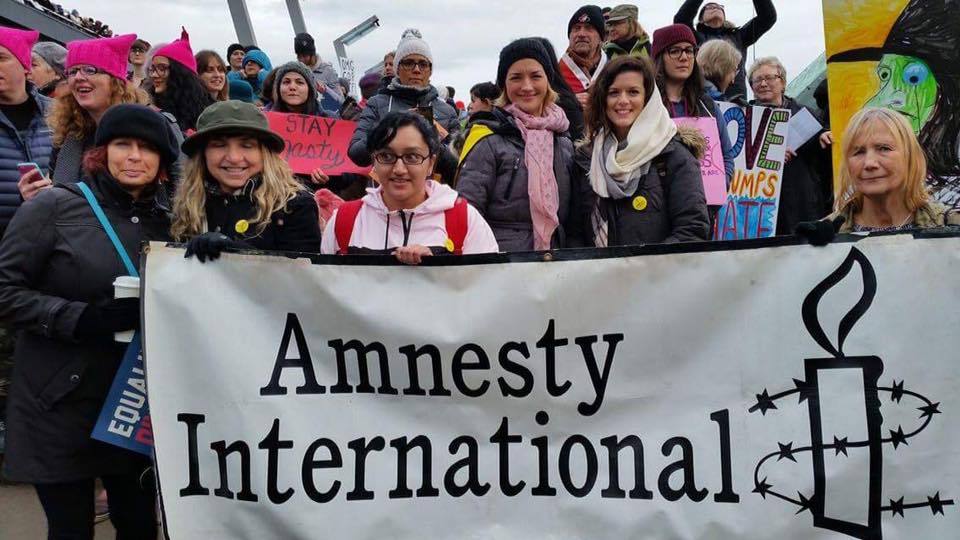 Many challenges to protecting the rights of women, girls and LGBTI individuals may be thrown our way in the next four years, but with over 3 million people taking to the streets, and many more showing their solidarity in other ways, we can, and we will rise to the challenges.

Amnesty International Canada proudly endorsed the Women’s March on Washington solidarity marches held country-wide. We took a stand to declare that women’s rights are human rights and to demand that the new administration protect everyone’s human rights. We sent a strong message to the US government that human rights matter, that our rights are not optional and cannot be trampled upon. And, most importantly, we sent a message that we are watching and we are poised and ready to act to protect women’s rights and LGBTI rights.

Check out more Amnesty photos from the solidarity march on Facebook. Stay tuned to our Women’s Rights webpage, Twitter, and Facebook for upcoming actions. We are working with partners to explore how to keep the Women’s March on Washington momentum going! 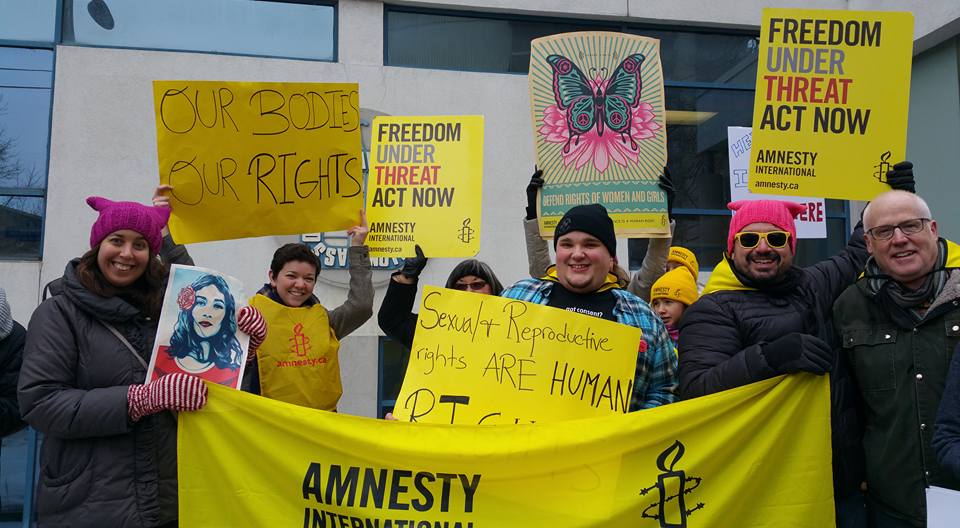 During his campaign, President Trump said alarming things regarding women’s health and safety and has selected people for his administration, including his Vice-President, who have expressed hostile views to women’s health. Both during and before his campaign, Trump expressed cavalier attitudes toward sexual assault and publicly considered whether women should be jailed for having an abortion. Trump has said he would appoint justices to the U.S. Supreme Court that could potentially overturn Roe v. Wade, and leave laws determining when—and if—a woman can get an abortion up to the states.

We know what happens when states limit reproductive rights. Measures like unnecessary regulations on abortion clinics and long waiting periods when seeking an abortion are imposed. These regulations can make it impossible for clinics to operate or for women—especially those who may have to skip work or care for children or family members—to find the necessary time to undergo the procedure. 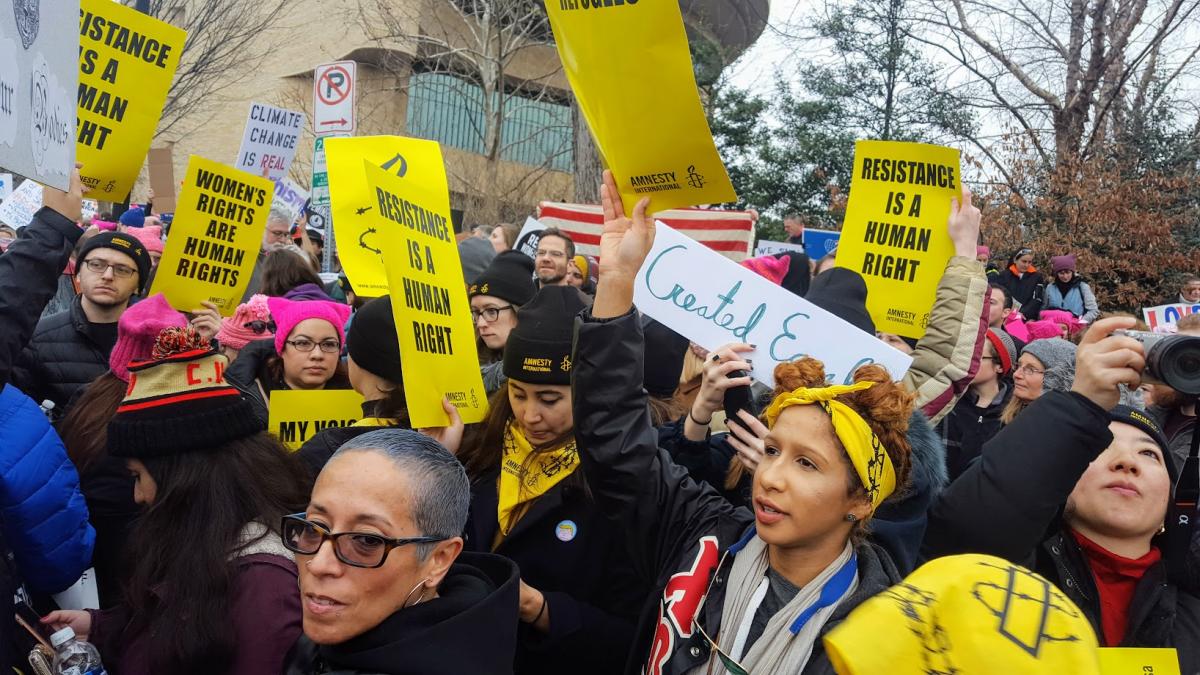 All people have the right to make decisions about their own health, including whether and when to have children. Removing a federal right to abortion will inevitably lead to access being curtailed in some states, if not removed altogether. For the sake of women’s health and their basic human rights, this must not be allowed to happen.

As governor of Indiana and representative in Congress, Pence tried to limit reproductive rights on several fronts, including leading the charge to cut funding to Planned Parenthood and sponsoring so-called “personhood” legislation that would have granted rights to an unborn fetus at the expense of the woman carrying it. 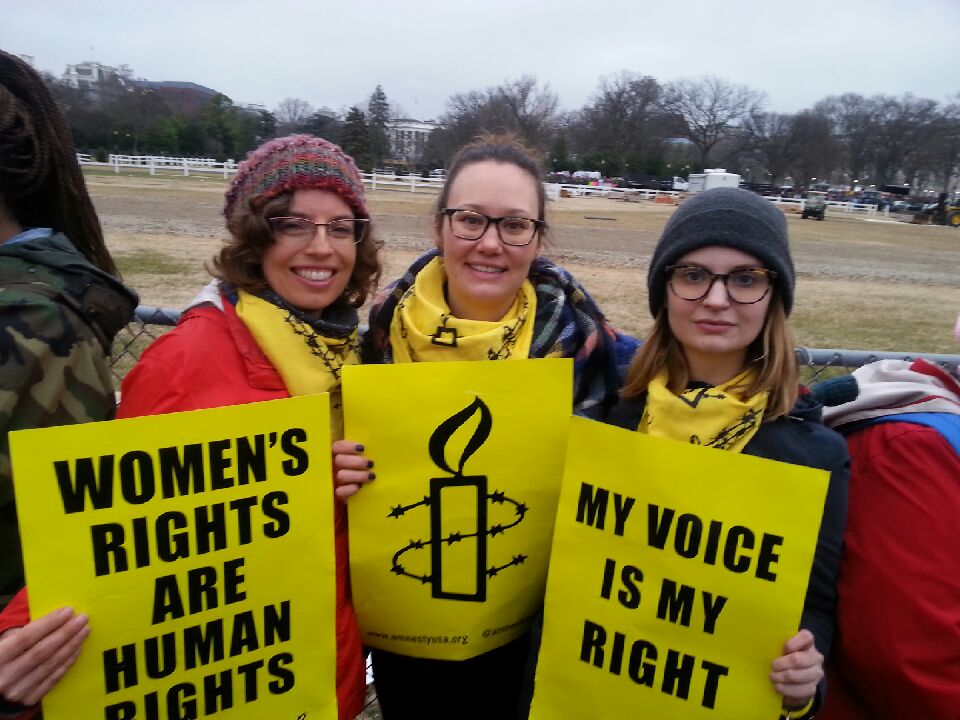