In March 2018, I visited the Kutupalong Rohingya refugee camp near Cox’s bazaar in south eastern Bangladesh.

Violence and persecution in the western Rakhine State of Myanmar have caused more than 500,000 Rohingya people, an ethnic minority, to flee their homes.The United Nations High Commissioner for Human Rights called the situation a "textbook example of ethnic cleansing," and the crisis has caused a mass exodus of the Rohingya across the border into Bangladesh. I wanted to bring the stories of the Rohingya people living in Cox’s bazaar back to Canada, so they would not be forgotten.

When the driver of the van that I had hired stopped on an ordinary dusty road lined with shops on both sides, I was surprised to know that I had arrived at the world’s largest refugee camp. At first glance the place looked like any other small Bengali village, with bamboo huts built in rows after rows, covering the hilly area as far as the eye can see. Small shops had sprung up selling everything from fruit, vegetables to electronic items. I watched children playing in the little narrow lanes, mothers fetching water from the water pump, people talking to each other outside their huts. Everything looked normal.

But this is no normal place. 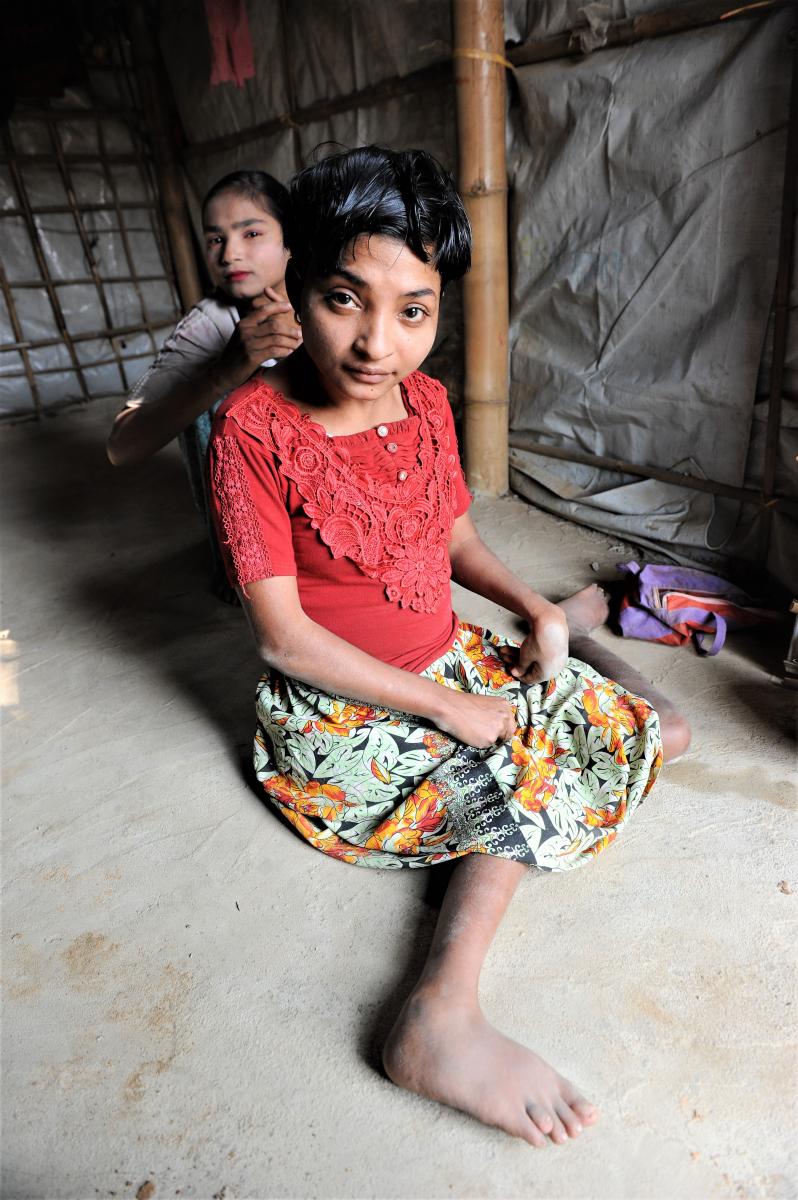 Behind the curtain in one of the huts I met a 16-year-old girl who was mentally and physically challenged. Her beautiful warm smile welcomed me. She was putting on lipstick and looking at herself in a small broken mirror. Her young cousin sat with her. It was an ordinary day in the village; two teenage cousins applying makeup. But nothing these girls had experienced was ordinary.  The girls’ uncle told me that they had arrived in Kutupalong six months earlier, after the military had killed some of their relatives. Women and girls were raped and their village burnt to the ground.

In other huts I met mothers whose sons were slaughtered in front of their eyes. I saw and felt the immense pain which has become a part of them.

I met Abdul, a 14-year-old who managed to escape when his village was attacked and burnt to ashes. He survived in the forest for 10 days. His constant smile was deceptive as his eyes told me another story. 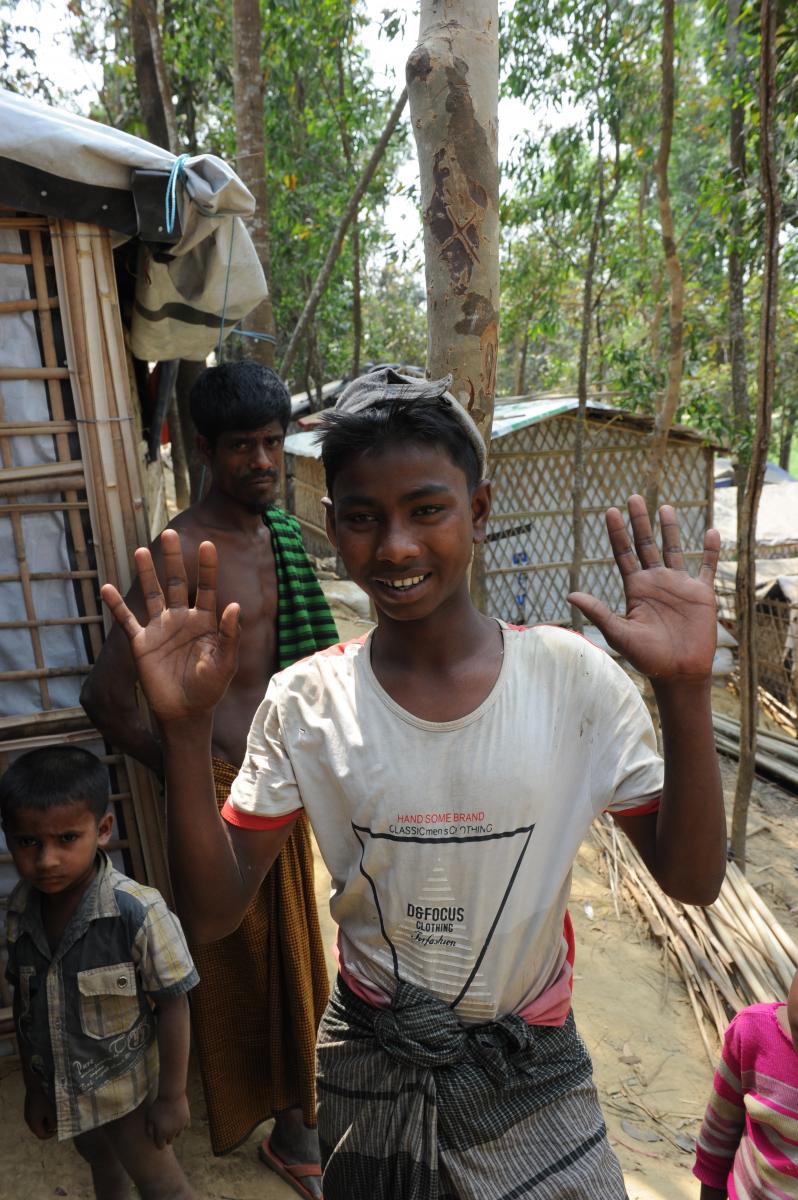 Aisha, a mother of 6 told me the horrific story of how all the young girls in her family had been taken by the Myanmar army. She then kneeled on the ground to show me how her neighbours and family members were made to bow on the ground with hands tied at the back, and were then decapitated. 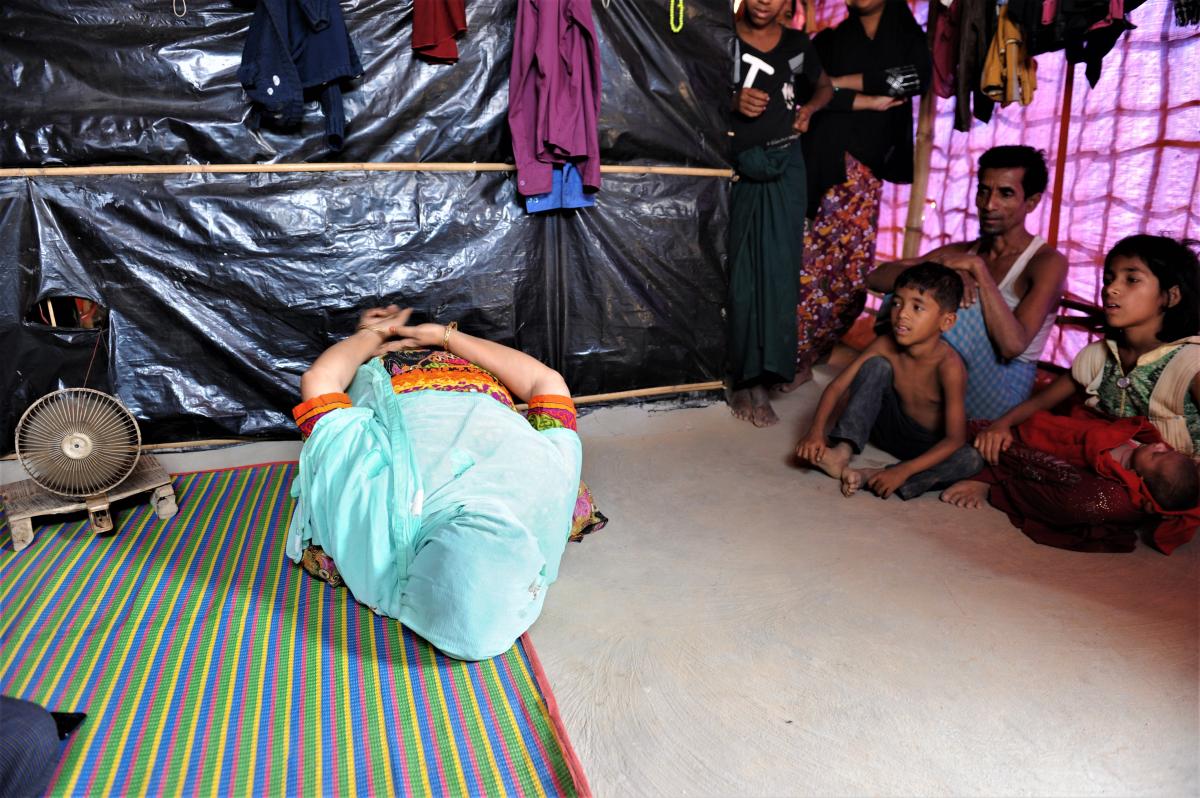 There are thousands of small huts in Cox bazaar, and in each hut, there is a story to tell.  On that day, I witnessed the pain as well as the strength of the human spirit. I saw the efforts the Rohingya have gone to, to organize themselves, maintain their dignity and show strength beyond measure.

After half hour in the refugee camp, I stopped seeing victims.  I saw people bursting with the desire to live!  I saw stoicism and strength and a desire to forge ahead with full force.  The courage I saw is quiet but relentless.  A people like this must be supported to heal and allowed to express their contribution to themselves, their families and to the world.

I found the stories I went to find, but there was only one story being repeated in each hut…. the story of the world’s inhumanity.

Naureen Shah is a freelance Photographer from Toronto. She has twice won the  Photography grants from Ontario Arts Council and has participated in both solo and group photography exhibitions. Her interest is in capturing humanity. In August 2011 Naureen traveled to Jolazai Refugee camp to photograph the Afghan Refugees.

What Can You DO?

Myanmar: Stop the violence against the Rohingya

Over 580,000 Rohingya have had to flee Myanmar for Bangladesh since the end of August 2017 in order to flee state sponsored violence and killings.
Take Action