We are currently in the midst of an unprecedented refugee and internally displaced person (IDP) crisis. The number of people forced to flee their homes across the world has reached nearly 60 million for the first time since the Second World War with 4.8 million refugees just from the Syrian conflict alone. As of the end of 2015, a record-breaking 38 million people were forcibly displaced within their own country by violence.

Iraqi civilians suffered the most of the new displacement, with at least 2.2 million displaced in 2014, more than 50 per cent of Syria’s population, with over 11 million people having been displaced. However, worryingly, international responses have been not just inadequate to the scale for the challenge but also prohibitive and punitive counter to the spirit and intent of international human rights and refugee law.

Within the Middle East, North Africa and EU context, governments who have been most eager to speak out loudly on the failure of other governments have shown themselves reluctant to step forward and provide the essential assistance that refugees fleeing conflict require.

Resettlement of refugees remains a key concern. It is essential that number in member states’ existing national resettlement increase substantially and people claiming asylum must be able to access refugee status determination procedures in safely and in dignity.

AI will need to take forward this work by focusing on 1-2 issues that benefit from amplification and support broader work on refugees/protection of people on the move.

For more information about how you can support our current projects, please contact us at projects@amnesty.ca

We have a commanding global influence, with a grassroots presence in over 150 countries and territories in every region of the world

We are completely independent from government or corporate interests

WHAT YOU NEED TO KNOW

Amnesty depends on the generosity of individuals like you to fund our life-saving work. To maintain our impartiality, we do not accept money from governments for our research and advocacy work. 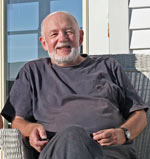 There is something very satisfying about being in a position to make a final statement that has real meaning for me.
(Michael Wilkshire, with Amnesty since 1981)