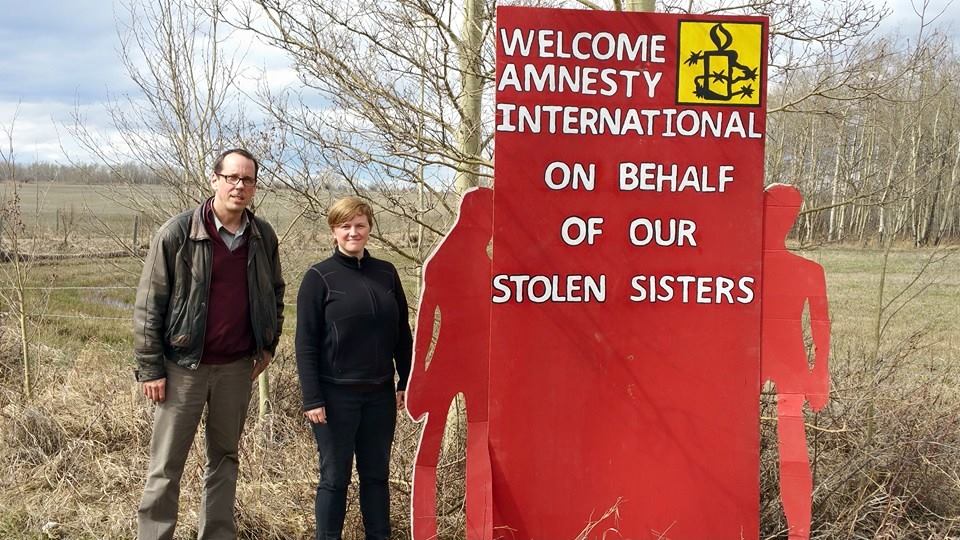 Why? Because every year women from Fort St. John travel to Ottawa with a banner listing the missing and murdered women and girls in their community—and every year the banner includes more names. And because, as a wide range of people and organizations from this region have pointed out, environmental assessments and other decision-making processes around large-scale natural resource development projects need to pay more attention to their impact on people's lives and the social fabric of the communities they live in.

Staff from Amnesty International Canada and our global movement—Indigenous Rights campaigner Craig Benjamin and Women's Rights campaigner Jackie Hansen, have made several trips to communities in the Peace region of northeastern BC to gain a better understanding of the patterns of violence facing Indigenous women in this region. They have also learned more about the experience of resource develoment in the Peace region, including the impacts on Indigenous peoples in the region, and how the impacts may be different for people of different genders. Finally, have learned about the steps being taken -- and the steps that still need to be taken -- to make sure that urgent social concerns like the safety of Indigenous women and girls are part of future plans.

The scale of resource development underway or planned in Fort St. John and the Peace region reflect a national pattern. The federal government has predicted that over 600 major natural resource development projects will get underway in the next decade. Amnesty International does not take a position either for or against such development. However, we do call for rigorous protection of human rights in the decision-making process. And in our view, the current process by which such projects are reviewed and decided on doesn’t pay enough attention to the rights of Indigenous peoples or to the potential harmful impacts of projects on host communities, including specific impacts on women and girls.