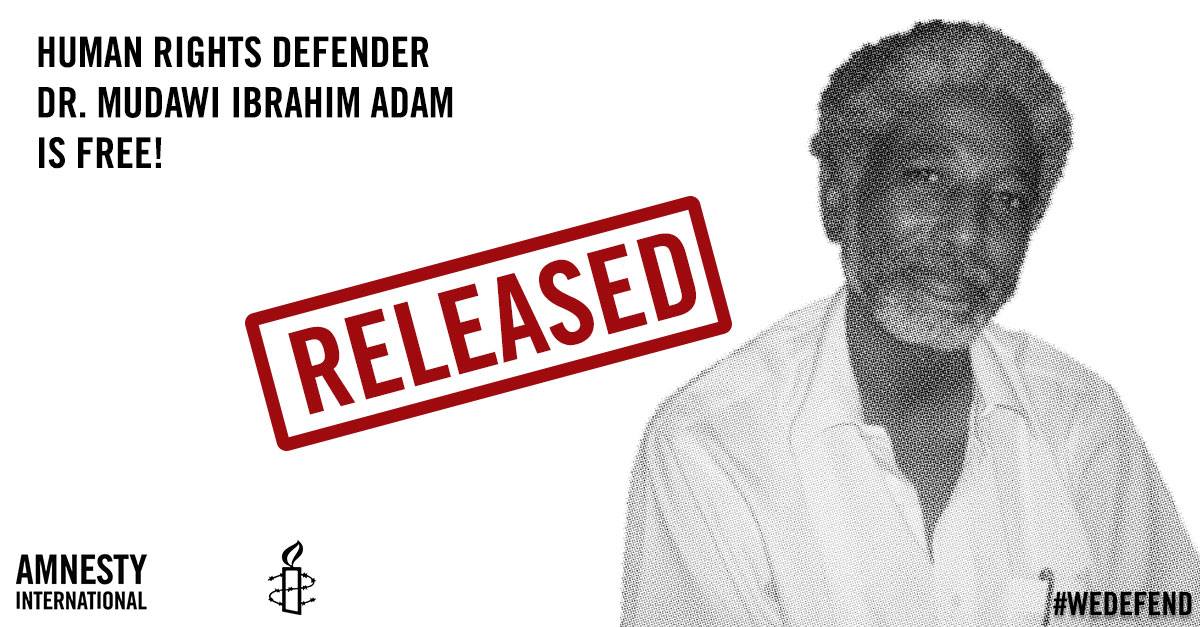 “It is a great relief that this awful chapter has drawn to a close. Dr Mudawi, a prisoner of conscience, has been reunited with his family and is once again a free man.

“Dr Mudawi’s eight months in prison represent a grave miscarriage of justice and his release must serve as a first step towards ending the criminalization of human rights work in Sudan. The authorities’ relentless assault on any form of criticism endangers anyone who dares to speak out, and it must stop.”

Mudawi was released, along with five other human rights defenders, late on August 29. He was arrested in December 2016 and held without charge for almost five months. He was facing six trumped-up charges, including 'undermining the constitutional system’ and ‘waging war against the state', both of which carry either the death penalty or life imprisonment. Thankfully, all charges against him have been dropped.

Dr. Mudawi is well known for his work speaking out for families fleeing violence in Sudan. This was not the first time Dr. Mudawi was arrested. He was arrested in December 2003 and detained for eight months in connection with his humanitarian and human rights work in Darfur. He was arrested again in January 2005 in similar circumstances and held for two months, before being re-arrested in May the same year and held for eight days.

Thousands of activists across Canada used their voices to demand Dr. Mudawi’s release because we know defending human rights is not a crime.

Thank you to each and every person who took time to support this urgent appeal. You can speak out for other human rights defenders with our #WeDefend campaign here!

We know when we come together to take collective action we can, and do, achieve great things!