Amnesty International campaigns on cases of Canadians detained abroad who are experiencing serious human rights violations. While the specifics of each case vary considerably, the ultimate goal of this work is to ensure that those in detention receive consular assistance and effective human rights protection without discrimination. We are calling on the government of Canada to:

Implement the recommendations of the Arar Commission (both factual and policy phases) and take such other steps as are necessary to address the findings of the Iacobucci Inquiry. 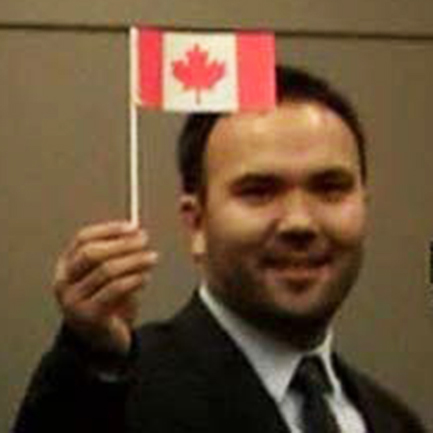 Huseyin Celil was sentenced to life imprisonment in China after an unfair trial in 2007. In the 1990s, he suffered persecution and detention in China for his work advocating for the religious and political rights of the Uighur people. He left China and eventually made his way to Turkey, where he was recognized as a refugee by the Office of the United Nations High Commissioner for Refugees (UNHCR). Mr. Celil was resettled to Canada in 2001 and beame a citizen in 2005.

In March 2006, Mr. Celil was arrested at the request of Chinese police in Uzbekistan, where he and his family were visiting his wife's parents. He was sent to China to face trial, and was held in secrecy without access to a lawyer, his family, or Canadian officials. He was subjected to threats that he would be 'disappeared' or 'buried alive' unless he signed a confession. China refused to recognize Mr. Celil's status as a Canadian citizen, and Canadian officials were not allowed to attend the trial. He remains detained.

TAKE ACTION: Call for his return to Canada 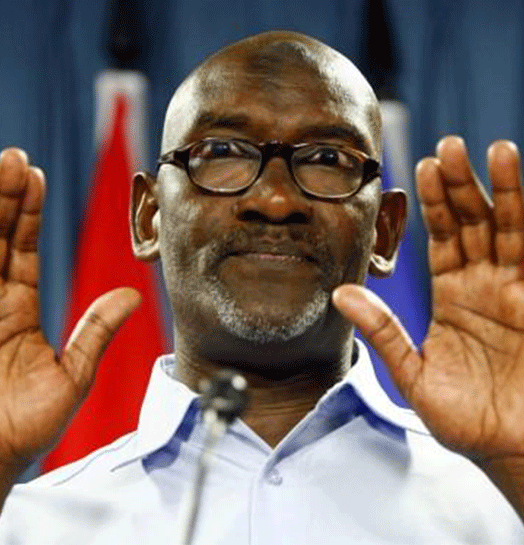 In September 2003, Canadian citizen Abousfian Abdelrazik was arrested in Sudan, while he was back in the country visiting his ailing mother.  Over the next three years he was imprisoned for nearly 20 months and was held under house arrest for 12 months.  He was denied a lawyer, and was never charged or brought before a judge.  There were lengthy periods when he had no family or consular visits.  During that time he was badly tortured in three different prisons.

The record makes it clear that there is extensive Canadian responsibility, particularly on the part of the Canadian Security and Intelligence Service (CSIS) – for these grave human rights violations.  Not only did Canada fail to take steps to protect him; CSIS officials frequently obstructed efforts to secure his release.  Those actions prolonged his detention, with no concern for the obvious risk of mistreatment he was facing. 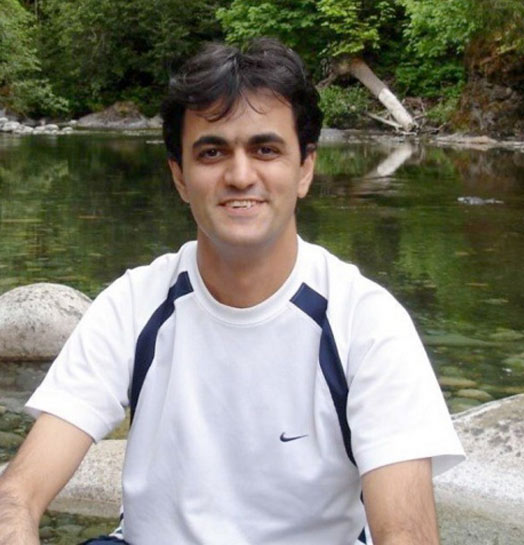 A Canadian permanent resident originally from Iran, Saeed Malekpour made a trip in 2008 to visit his ailing father in Iran. He was arrested and accused on the grounds that an open source web program he created for uploading photos to the internet had been misused. In 2010, he was sentenced to death. The death sentence was commuted to life imprisonment in 2012.

While detained Saeed reported he was blindfolded and handcuffed while several individuals beat him with cables, batons, and their fists in order to force a confession. His televised ‘confession’ was the only ‘evidence’ used against him in court to secure his conviction. Saeed was then sentenced to another 7 years in prison for speaking out about the torture he experienced.

TAKE ACTION: Call on Iran to free him immediately 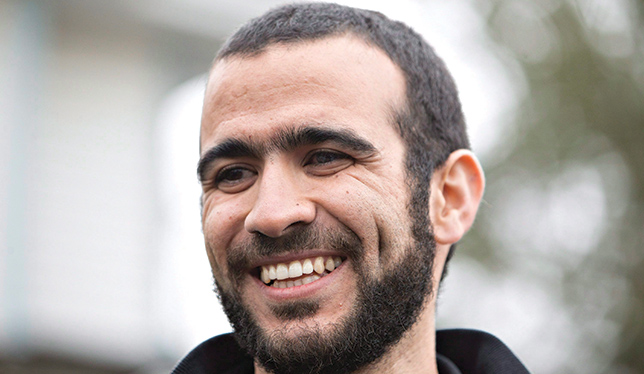 Canadian Omar Khadr was seriously injured and captured by US forces in firefight in Afghanistan on July 27, 2002. After a short stop in Bagram, he has been in US custody in Guantánamo Bay ever since. At 15 years old, he never should have been on a battlefield in the first place.

Accused of throwing a grenade that ended the life of US Special Forces soldier Sgt Christopher Speer, his trial by military commission ended in a plea agreement in October 2010. He was sentenced to eight more years in detention, the first of which was to be served in US custody before he would be eligible for a possible transfer to Canada. Despite an exchange of diplomatic notes and an apparent commitment to “implement the agreement”, the government of Canada delayed any transfer decision.

>> Khadr was returned to Canada and eventually received an apology and redress.

Canadian citizen Bashir Makhtal was “extraordinarily rendered” from Kenya to Somalia and on to Ethiopia. He faced life imprisonment after a grossly unfair trial.

Bashir Makhtal was among a group of people fleeing the renewed fighting in Somalia at the end of 2006 and the beginning of 2007. Instead of safe refuge, they found themselves detained and illegally transferred to Ethiopia. While others were released, Bashir Mahktal was held in secret detention, with no access to lawyers, his family or Canadian consular officials. Eventually he was accused of providing support to an armed group, the Ogaden National Liberation Front (ONLF). In the absence of credible evidence, the basis for the charges seemed to be the role Mr Makhtal’s grandfather played in the founding of the ONLF.

Unlike some of the other security-related cases of Canadians detained abroad, several cabinet Ministers and MPs advocated for Bashir Makhtal’s human rights in meetings with officials in both Canada and Ethiopia. 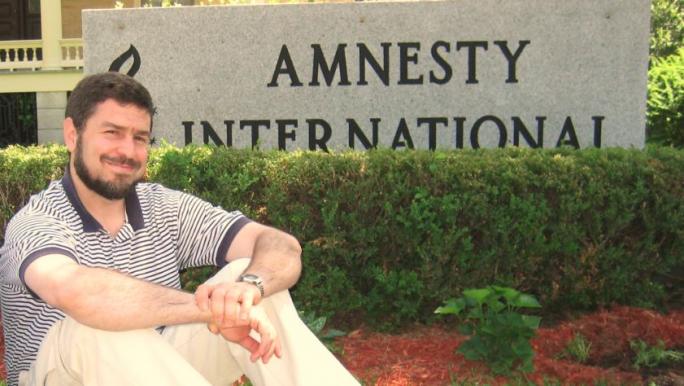 Maher Arar, a Canadian citizen and father of two, was travelling home to Canada from visiting his wife’s family in Tunisia in 2002. While changing planes at New York City’s JFK airport, he was detained and held for 12 days by US authorities. He was then transferred secretly, via Jordan, to Syria, where he was held for a year and tortured.

Released without charge and allowed to return home to Canada in 2003. Following the 2006 report of the Commission of Inquiry into Actions of Canadian Officiasl in Relation to Maher Arar – headed by Justice Dennis O’Connor – Maher Arar received an apology and significant compensation from the Canadian government for its role in his treatment. The U.S. government, however, has not just failed but actively fought against any remedy or accountability.

Maher is now a human rights activist and runs prism-magazine.com. While some changes were made to Canada’s information sharing practices, many of the recommendations of the Arar Commission continue to collect dust.

>> Read a timeline on Maher's case. 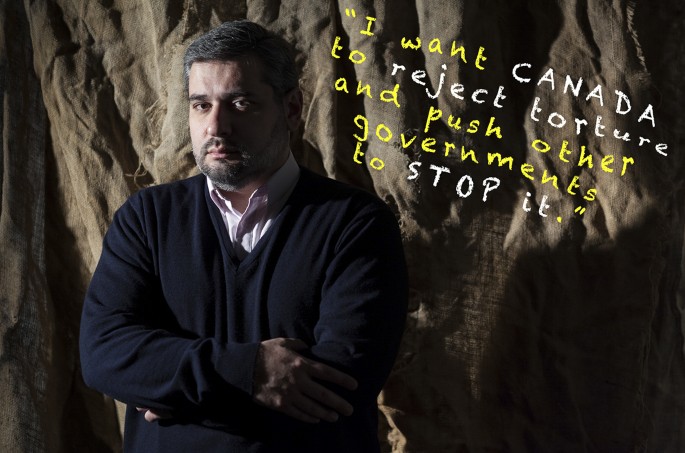 Muayyed Nureddin, Abdullah Almalki and Ahmed Abou El-Maati, were all of varying degrees of interest in the course of national security investigations in Canada. They were all detained by the same branch of the Syrian military intelligences as Maher Arar between 2002 and 2004 and brutally tortured. Mr El-Maati was also transferred to and detained in Egypt. None were ever charged with any crime. Upon their return to Canada all three said their interrogations were based on information that they believe could only have originated with Canadian investigators.

In 2008, the report of the Internal Inquiry into the Actions of Canadian officials in Relation to Abdullah Almalki, Ahmad Abou-Elmaati, and Muayyed Nureddin (overseen by former Supreme Court of Canada Justice Frank Iacobucci) confirmed that the three men were tortured.  It also documented the many ways that "deficient" conduct by Canadian officials contributed to the grave human rights violations the men experienced. Commissioner Iacobucci expressed serious concerns about repeated and unjustified labeling of these men as imminent threats, associates of Osama Bin Laden, Islamic extremists, and terrorists. He concluded that these labels were inaccurate, inflammatory, unreliable and lacking investigative basis.

These unfair labels set in motion a nightmare of injustice for Muayyed Nureddin, Abdullah Almalki and Ahmed Abou El-Maati.