“You can now see your husband, but there is just one thing – he is dead, having committed suicide in his cell”.

This is not a line from a fictional story or a movie. This was how authorities informed Maryam Mombeini about the fate of her late husband, Kavous Seyed-Emami and his sudden death while in custody. 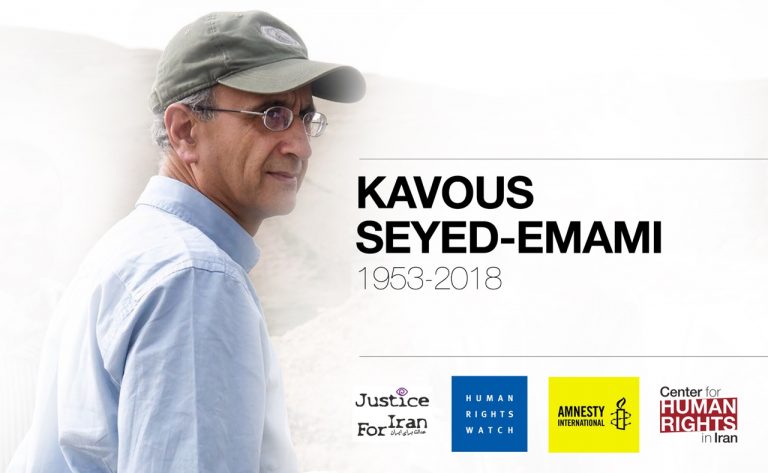 The shattering news was neither the beginning of Seyed-Emami family’s nightmare, nor its end. The ordeal began two weeks earlier on January 24, 2018 when Canadian-Iranian Dr. Kavous Seyed-Emami was arrested and interrogated for national-security charges related to his peaceful environmental activism as the managing director of the Persian Heritage Wildlife Foundation.

On March 7, almost four weeks after Kavous’ suspicious death in custody, Maryam Mombeini and her two sons were ready to board a plane to Canada when the Iranian authorities prevented Maryam from leaving the country. She ordered her sons, Ramin and Mehran to leave without her. They are now in Canada desperately trying to bring their mother home.

The lives of the Seyed-Emami quickly turned into a downward spiral in a span of six weeks.  In January 2018 their home was raided and Kavous was arrested. Iranian officials seized many of their belongings, including title deeds to their property and cars.

For two weeks the family were kept in dark as to Kavous’ fate or whereabouts. Then on February 9, Maryam Mombeini  was told by the Office of the Prosecutor in Tehran to go to Evin Prison to visit her husband. Upon her arrival she was interrogated about her husband’s environmental work.  She was threatened with imprisonment and pressured to sign a statement ‘confessing’ that her husband was a ‘spy’ – something that Maryam refused to do. After about three hours of interrogation, came the most unimaginable news: “You can now see your husband, but there is just one thing – he is dead, having committed suicide in his cell”. Maryam was taken to coroner’s office to see her husband’s body, and forced to sign an  undertaking not to speak to the media. She was warned that her family would be in danger and “anything could happen to them”, if she spoke to the media.

The public learned about Kavous Seyed-Emami’s death through his son Ramin Seyed-Emami, a musician with the stage name ‘King Raam’. The news quickly drew public condemnation and demands for accountability on the part of officials. In the meantime the authorities escalated their campaign of harassment against the Seyed-Emami family. A program was aired on Iranian national TV falsely accusing Kavous Seyed-Emami of using surveys of endangered Asiatic cheetahs as a pretext for spying in strategically sensitive areas – no evidence was presented. The memorial ceremony for Kavous Seyed-Emami also witnessed a heavy police presence; intimidating the family even further.

Sadly, the treatment of Seyed-Emami family is not unique. There have been at least five deaths in custody in Iran between December 2017 and mid March 2018 (Sina Ghanbari, Vahid Heydari and Kavous Seyed-Emami, Saro Ghahremani and Mohammad Raji). The authorities have made various claims as to the cause, timing and circumstances surrounding each death. The claims have been strongly disputed by family members and human rights groups.  In all of the cases, the grieving families, seeking truth and justice for their deceased loved ones, were/are harassed by authorities for challenging the official narratives. The authorities have also engaged in what seems to be an orchestrated campaign to cover up any evidence of torture, other ill-treatment, and unlawful deaths while publicly defaming the deceased.

Back in Canada, Ramin and Mehran Seyed-Emami are sick with worry for their mother. They have started the #BringMaryamHome campaign to raise awareness about their story and are seeking support for their efforts to reunite their shattered family. The sense of urgency and desperation for Ramin and Mehran has heightened even more now that the Islamic Revolutionary Guard Corps (IRGC) have opened a national-security case against their mother, Maryam Mombeini. “They’ve opened up a national-security case against her saying that she’s complicit in the alleged accusations of espionage [against her husband], We’re really worried that any moment she could be taken away.” Ramin said in an interview with Globe and Mail on April 18. 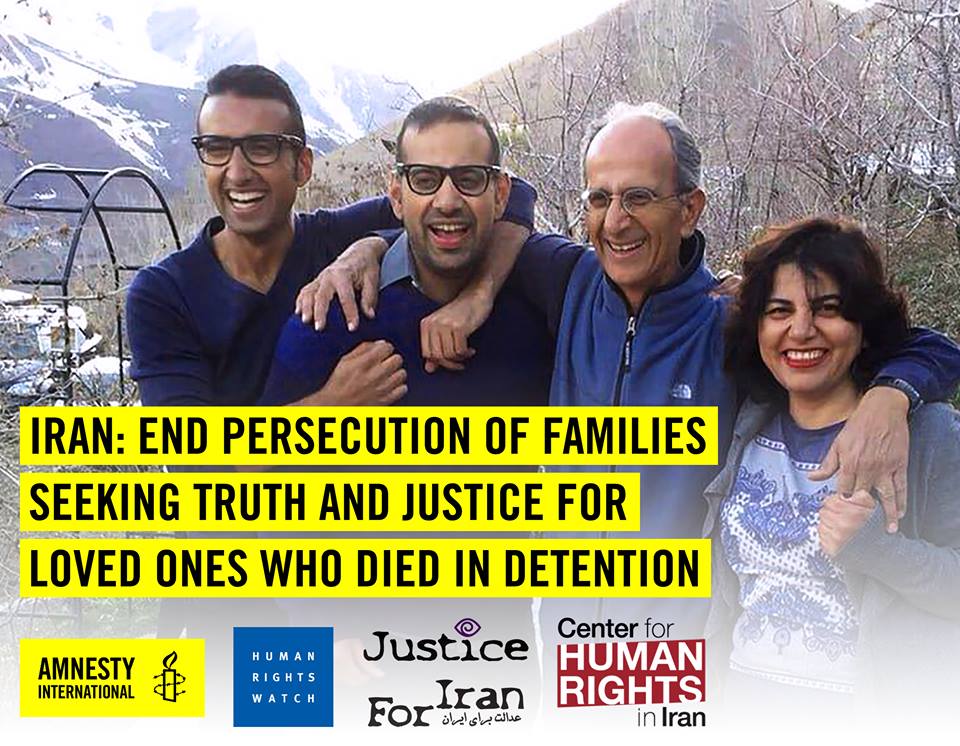 As a musician Ramin uses music to honour his late father’s legacy, keep the light on his mother’s situation and raise funds for the family’s ongoing ordeal. He will hold two concerts in Canada: May 5 in Toronto and May 12 in Vancouver. As he puts it, “Music is a universal language that brings us all together”.

Amnesty International will stand with Ramin and Mehran in their pursuit of truth and justice for their family. If you are in Toronto or Vancouver,  join Ramin, enjoy the music, show solidarity and sign Amnesty International’s action postcards to #BringMaryamHome .

Take Action on Twitter! Here are some suggested tweets: