In early April, the courageous journalists at Russian newspaper Novaya Gazeta reported that over a hundred men suspected of being gay had been abducted, tortured, and some killed in a coordinated government campaign in the southern Russian republic of Chechnya. Men who are released from detention are not safe; they may face honour killings by family members. In response, Chechen officials denied the existence of gay men in Chechnya, and denied they had ordered ‘preventative mopping up’ of people considered to be undesirable.

People worldwide were outraged. How could this be happening? What could be done to protect the lesbian, gay, bisexual, transgender, and intersex (LGBTI) communities in Chechnya from discrimination and violence? What were we doing and could we do more?

And Chechnya isn’t exactly a bastion of peace and freedom. Do you remember the Chechen independence wars of the 1990s? Those seeking independence from Russia lost to Russian forces. Russia has had a tight grip on Chechnya ever since, to try and suppress separatist movements. And having a tight grip hasn’t tended to include leaving space for a free, independent and thriving civil society.

Chechnya has been ruled since 2007 by Ramzan Kadyrov, a man with a less than stellar human rights record. Under his rule, human rights defenders have been targeted, intimidated, harassed, and worse. In August 2009 (in my pre-Amnesty days), I awoke one morning to news that my colleague Zarema Sadulayeva from the NGO Let’s Save the Generation, who worked to support war-traumatized children, had been abducted from her office and murdered. Novaya Gazeta journalists covering Chechnya were killed in 2006 and 2009. Many other human rights defenders have experienced violence and repression, and it’s not abated over time. In late 2014, after the office of a human rights group in Chechnya was burned down, Amnesty called for an end to the crackdown on freedom of expression in the region.

As you can imagine, in a climate where independent voices are so stifled, Novaya Gazeta’s report last month was bold. In response to their report, their journalists have been publicly threatened by influential people in Chechnya. On April 3, 15,000 people attended a rally outside the central mosque in Grozny, the capital city of Chechnya, where clerics and other high profile people condemned the journalists. The threats have been so serious that award-winning Novaya Gazeta journalist Elena Milashina had to flee. 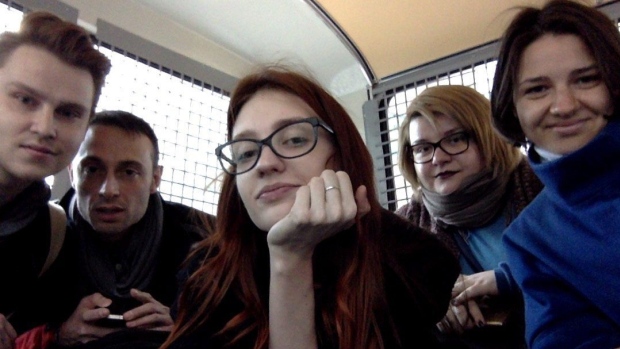 Even those delivering petitions to the Russian government have faced threats. On May 11, five LGBTI activists were briefly detained in Moscow while trying to deliver petition signatures to the Office of Russia’s Prosecutor General on Chechnya.

One of my first questions was—what about lesbians, trans folks, and others? I’ve been told that men who are perceived to be gay—whether or not they do identify as being gay—have been specifically targeted, likely because they are not seen to be ‘masculine’ in a society with very rigid gender norms. That’s not to say that other members of the LGBTI aren’t at risk. But this round of repression has very specifically targeted men who may be gay.

Gay men have started fleeing Chechnya. Normally we would call for human rights to be protected in a given region. And we are. But in this case, that’s not enough. Amnesty and others are calling for other countries to expedite asylum applications from gay men escaping persecution in Chechnya.

So what can we do from here in Canada?

1. We can commend Foreign Affairs Minister Chrystia Freeland for making a strong statement on LGBTI rights in Chechnya, and call on Canada to build on that statement by granting asylum to people fleeing Chechnya because of their real or perceived sexual orientation.  Twitter:  @cafreeland Tweet

2. We can take to social media using the hashtag #EyesonChechnya to keep the issue visible both to the public and to officials in Chechnya and Russia. We know that government officials monitor social media. And we know that when the world is watching, rights abuses are less likely to happen—showing officials we are watching creates a layer of protecton and can help save lives. Twitter:   @RKadyrov Tweet

3. Despite the challenges of changing laws, policies and behaviours in Russia and Chechnya, we can’t give up! We can phone, email, set up meetings with, or demonstrate outside of the Russian Embassy in Ottawa (which is convienently just down the street from Amnesty’s national office!) and Russian consulates in other Canadian cities. We can send letters to officials in Moscow and Grozny. Call on officials to:

We’ve made it easy to take action