Alisa Lombard is an associate with Maurice Law, Canada’s first national Indigenous-owned law firm, and the lead on a proposed class action law suit in Saskatchewan brought by two women who claim having been forcibly or coercively sterilized between 2000-2010. Over 60 women have reached out reporting they were sterilized without proper and informed consent, most from Saskatchewan, and also from Alberta, British Columbia, Manitoba, and Ontario.

We spoke with Alisa the week the issue of the ongoing practice of forced and coerced sterilizations of Indigenous women and girls in Canada became headline news, prompting calls for urgent action to end this human rights violation and provide justice for the survivors. 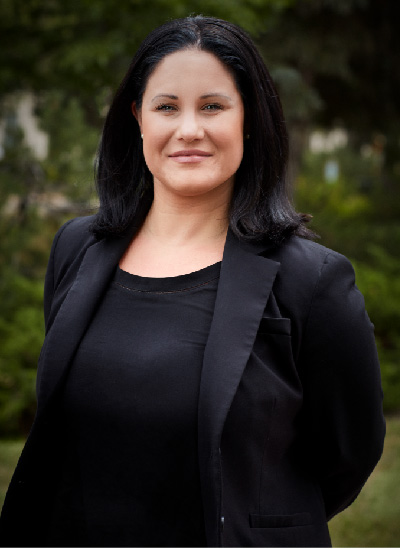 Alisa, to say you’ve had a busy week is an understatement. A week ago, before this story broke, how well known was it in Canada that Indigenous women continue to have tubal litigations without consenting to the procedure?

Media reports in 2015 out of Saskatchewan highlighted several cases. Following those reports, which the government initially sought to ignore, the Saskatoon Regional Health Authority (SRHA) commissioned an external review. The report resulting from the external review identified over a dozen cases, confirmed the ongoing practice of forced sterilization and found that “pervasive structural discrimination and racism….remains unmistakable” within the regional health care system. The Report points to the likelihood that the practice occurs throughout Canada as a result of the imprints and vestiges of eugenics ideology and legislation.  The report brought some nation-wide media attention last year.

So I’d say the issue has been in the public domain for a number of years now, but not much has been done to address it.

And what happened in the past week to change the level of awareness amongst the general public in Canada?

A swell of media attention has resulted in some public education on the issue. Senator Dr. Yvonne Boyer, who was one of the authors of the external review, has been making public statements on the issue that helped propel the media attention. Whether the general public in Canada is now truly aware will be, in our view, measured against meaningful and concrete actions to provide the survivors of forced sterilizations with justice, prevent the practice using legislative and policy reforms including criminalization, education of the profession regarding the legal requirements of consent, awareness among the general population. Overall, the fabric of the healthcare system must be entrenched in values, policies and legislation that empower human dignity and bodily-autonomy.

We have seen comments from the general public this week wondering who is being sterilized and why. For people not familiar with the issue, can you please explain it?

Most of the women we have spoken with have been in Saskatchewan, though more and more are coming forward from different areas. All report that they have been sterilized by medical professionals – usually having their “tubes tied”, which may mean their fallopian tubes were cut and cauterized, tied or clamped – without proper and informed consent. All are Indigenous.

To get technical, sterilization refers to the practice of surgically, permanently removing a person’s ability to reproduce. It is irreversible and designed to prevent future pregnancies. It is never considered an emergency procedure; there is no medically valid reason to rush a woman to consent, or to force a woman to consent to unwanted sterilization at all.

Forced sterilization is when the patient has not given her prior, full, free, and informed consent. It may involve not seeking a woman’s consent at all. Or consent may be sought through coercive means, through undue pressure, without providing the time or information necessary for the patient to come to a proper and informed decision, or by misrepresenting the procedure and the patient’s health risks. Additionally, consent may not be considered freely given when a patient is in a particularly stressful state, such as labor or delivery. A patient may revoke consent.

Our team has personally spoken with over 60 Indigenous women who have reported this experience. Since the matter gained public attention this week, many additional women affected by the issue have contacted us to share their stories.

We have also heard people wondering how this practice has been allowed to continue until now.

Systemic and institutional racism and discrimination negatively affect the quality of health care available to Indigenous Peoples. No concrete and effective measures have been taken by the institutions delivering reproductive health care to Indigenous women to prevent, protect against and remedy this terrible practice.

What are you calling on various levels of government to do to end sterilizations without consent?

Alisa, you are headed to Geneva, Switzerland next week for Canada’s review before the Committee Against Torture. What are you hoping to accomplish in Geneva?

Forced sterilization is a violation of various human rights that Canada is bound by law to uphold. It constitutes cruel and ill treatment, and thus violates the Convention against Torture and Other Cruel, Inhuman or Degrading Treatment or Punishment. The Committee against Torture reviews Canada’s performance of its obligations under this Convention, and we hope to raise the issue with it and to put pressure on Canada to act to fulfill its international obligations.

We have raised the issue with several human rights bodies in order to shine a light on the practice and to amplify the courageous voices of our clients, the survivors of forced sterilization, to humanize their lived experience, to humanize their pain and suffering so that those who can prevent it, protect them, and remedy it through meaningful restitution, do so immediately.

You may be traveling around the world, but you are doing so on behalf of the 60+ survivors you represent. What solidarity and action are they wanting to see from people across Canada?

Support, kindness, empathy and understanding for their need to obtain justice in the form of remedies, prevention and protection.

First and foremost, that this practice will have stopped. Preventative measures will be in place to ensure the health and safety of Indigenous women seeking and obtaining reproductive health care. And my clients will be receiving the support that they need and deserve.

How can Amnesty supporters advocate alongside you and the women you represent to ensure awareness of this practice becomes well known, action is taken to end it, and that survivors and their families receive justice?

Care for the wellbeing of Indigenous women, their families and communities, as you would your very own. We represent mothers, grandmothers, daughters, sisters and aunties. Everyone has them.

Thank you Alisa for everything you do.

Learn more about coerced and forced sterilizations of Indigenous women in Canada.