A slam poet imprisoned in Myanmar, an NGO worker arrested in Burundi, Pride protestors detained in Turkey, a sixteen-year-old sentenced to death in Nigeria. All these people faced terrible injustices, and all are now free – a handful of the hundreds of lives changed by the Write for Rights campaign.

In October 2001, a small group of Amnesty members met in Warsaw, Poland to plan activities for Human Rights Day on 10 December. Little did they know that 20 years later their ‘simple plan’ would change the lives of innumerable people around the world.

In 2001, activists in Poland wrote letters to authorities for 24 hours straight and every letter aimed to end a human rights injustice – and with those 2,326 letters, Write for Rights was born! In 2002, the campaign went global, with activists from 18 other countries joining those in Poland. By 2005, the campaign got even bigger, with 37 countries taking part. Starting at midday on 10 December in Japan and Malaysia, crossing to Mongolia and Nepal, then onto countries in Europe, Africa and the Middle East and ending in the Americas. At the culmination of the 24-hours, over 80,000 letters had been written.

From small seeds, mighty trees grow and what started as a group of friends taking part in a 24-hour ‘letter writing marathon’, has now become the biggest human rights campaign in the world. By 2019, the 24 hours had become two weeks of activities, with over 100 countries taking part and 6.6 million letters, emails, SMS’ and Twitter actions collected. From music concerts in Burkina Faso, to theatre shows in Morocco, speakers’ tours in Norway, art exhibitions in Brazil and over 700 schools in Poland, Write for Rights has grown and morphed into something truly amazing. As the campaign has grown in numbers, so too have the successes. The impact of Write for Rights has been life changing for those featured. In 2019, student activist and poet, 24-year-old Paing Phyo Min, was arrested after performing satirical poetry criticizing the military in Myanmar. The charges against him included “incitement”; the authorities claiming that the poetry performance would encourage military officers to abandon their duties. Paing Phyo Min was sentenced to six-years behind bars. Over 300,000 letters and cards, signatures and Tweets were collected on behalf of Paing Phyo Min. A few months after the campaign, in April 2021, Paing Phyo was released from prison.

On 30 June 2021, Burundian human rights defender Germain Rukuki was released after serving more than four years in prison. He should never have been imprisoned in the first place – Germain was arrested, prosecuted and convicted simply for his human rights work.

During Write for Rights, supporters from around the world took more than 436,000 actions calling for Germain’s freedom. Germain’s wife Emelyne Mupfasoni shared her thanks with all those who acted, “From the bottom of my heart, I want to thank you all to have mobilized and made it possible for Germain to soon reunite with us…” 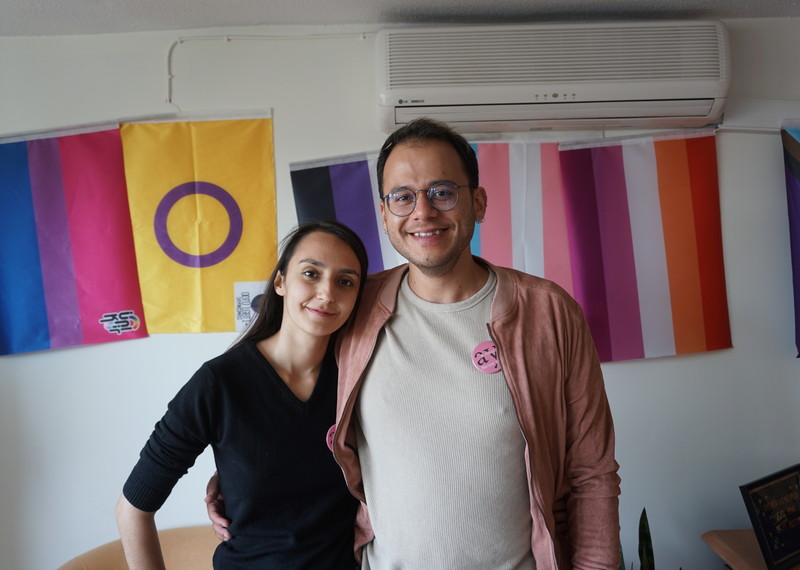 Eighteen students and one member of faculty were on trial for more than two years for organising a Pride event at the Middle Eastern Technical University (METU) in Ankara, Turkey, in 2019. Over 445,000 actions were taken on behalf of the METU Pride defendants, who faced up to three years in prison if found guilty. Melike Balkan and Özgür Gür, two of the 19 defendants, wholeheartedly joined the campaign, taking part in many activities. While the Covid-19 pandemic prevented travel, they joined over 20 online meetings with Amnesty members and students across the world. On 8 October 2021 they were acquitted of almost all charges. Melike and Özgür have gone on to form their own NGO, advocating, campaigning and defending the rights of young LGBTI+ people and students in Turkey.

Melike and Özgür aren’t the only people featured in Write for Rights to take an active role in campaigning. During Write for Rights 2014, hundreds of thousands of people around the world called for the release of Moses Akatugba. In 2005, Moses was just 16 years old when he was accused of stealing three mobile phones, tortured by the police into ‘confessing’ and sentenced to death.

In June 2015, after over 800,000 messages were directed to the Governor of Nigeria’s Delta State, Moses was pardoned. When Moses finally left prison, he expressed his huge gratitude to all those who had written on his behalf, stating: “I want to assure them that this great effort they have shown to me will not be in vain, by the special grace of God I will live up to their expectation. I promise to be a human rights activist – to fight for others.”

And fight he did.

In December 2019, Moses travelled to the European Parliament in Brussels to take part in Write for Rights actions for fifteen-year-old Magai Matiop Ngong from South Sudan, who featured in the campaign that year. Like Moses, Magai had been sentenced to death when only a child. Moses used his unique experience to campaign on behalf of Magai. Following more than 700,000 letters, tweets, postcards and messages, the Court of Appeal in South Sudan repealed the death sentence imposed on Magai, noting that he was a child at the time of the crime.

From Moses to Melike and Özgür, these inspiring people represent just a handful of those who have been released over the past 20 years, thanks to your incredible work. Nothing compares to the power of people and Amnesty International’s campaign shows how writing a letter, sending a tweet or signing a petition really can change a person’s life.